The Story so Far

Alan Bates has been using hypnosis to help people overcome diversity and personal problems for over thirty years. Having a background in entertainment, Alan stumbled into the hypnotic world by chance while working in the United States. It was after an encounter with a Scottish hypnotist that Alan witnessed his first experience when an American lady went into deep trance.  This chance encounter changed his life and his true vocation was discovered.

The Journey.  Alan mastered the hypnotic art in the UK and after a lot of very hard work entered the world of stage hypnosis. Alongside his busy schedule of touring the country’s cabaret venues and theatres, he got his first TV break with Granada on a chat show and since then he has toured the world appearing on many popular TV shows, concert halls and has worked with many famous celebrities. “FACT” Alan Bates is the most TV broadcast hypnotist in history. During a theatre tour of Mumbai, India, the show, commercials and interviews were shown on UTV world movies to the entire population of India, a RECORD 1.2 BILLION PEOPLE! Alan is also the author of five best-selling books available on Amazon in paperback and Kindle.

Discovery.  Alan found he had a talent for helping people with their problems and has never stopped doing so.  Client’s problems range from the bizarre and outrageous to weight loss, smoking cessation and phobias including flying, dentistry, cockroaches, claustrophobia, anxiety and panic attacks, sexual problems, relationship breakdown to name just a few.

Alan Bates is a qualified hypnotherapist (DHP Acc.Hyp).  He has gained a vast amount of experience and is able to boast about this as positive results speak for themselves.

Alan has worked in INDIA, CYPRUS, MALTA, SWITZERLAND, THAILAND, EAST AFRICA, EUROPE, SINGAPORE, DUBAI, BAHRAIN, DOHA, EGYPT, SRI LANKA, JAKARTA, BALI, KUALA LUMPUR and the UNITED STATES. The highlight of his overseas work was an invitation to perform for the Royal Family of Brunei on the occasion of Princess Hamidah’s Birthday.

He toured for several years with Psychic Medium Derek Acorah, from the popular TV show “Most Haunted”, presenting “The Paranormal Experience”.  The show incorporated mediumship and Alan’s input was past life regression.

Graham Norton – “What A Skill”

YOUR QUESTIONS ANSWEREDQ. Is Hypnotherapy suitable for everyone?   A. Someone with a history of epilepsy should seek their doctors advice before making an appointment,  likewise clients with a drink or drug addiction and pregnant woman should also consult with their Doctor before attending a session.  Under 18’s please make contact before booking a session. Remember if in doubt, ‘check’.Q. How do I book a session?   A. Very simply. After reading this page you may click on the Cost & Book tab and Alan will see you soon.Q. What is hypnosis?   A. Hypnosis is an altered state of awareness.  It is a very special tool which forms a bridge between the mind and the body.  In this state, the positive suggestions given from Alan can reach your subconscious mind while the conscious mind remains relaxed.  You will find that suggestions which have been given to you during Hypnosis will resurface in your conscious mind after your session and these will be the thoughts that produce changes in your behaviour or way of thinking and feeling.Q. When I am ‘Hypnotised’ will I be asleep?  A. To be Hypnotised is like being in a pleasantly relaxed and drowsy state.  You will be aware of everything that is happening and being said throughout the session.  When you attend for several sessions you may find that you drift a little deeper on each occasion,  however you will still be aware of everything around you and of what is being said. Some clients do actually fall asleep however the treatment works just the same.  In the unlikely event of an emergency during the therapy session you would immediately be fully awake and in complete control of your senses and your reactions.  Q. What can I expect at a group session?   A. Alan will spend time just talking to you before starting the session.  This discussion time is important in order for you to have a basic understanding of what is happening and also to set your mind at rest about any aspect that bothers you.  Alan has a Q & A both before and after the session ends however he will not be available after the session so if you have any questions, please ask during the Q & A.  Please allocate just over 1 hour for the session.  Please note once the session starts there will be strictly no admission. This is purely for the respect of the attendees and once the session has started it cannot be re started.  It is very important that mobile phones and communication devices MUST be switched off with NO exceptions throughout the therapy.  Please arrive early, a minimum of 15 minutes prior to the start. Q. How do I know I will wake up from hypnosis?  A. No-one has ever remained in hypnosis indefinitely.  If anything should happen to Alan during the session part way through, you would merely progress from a deep Hypnotic state into a light sleep, and then gently wake up completely naturally 10-20 minutes later with no ill effects.   Q. Are there any side effects from this therapy?   A. The only side effects are the beneficial ones of feeling more positive and motivated to achieve your goal. Hypnosis is a perfectly safe and natural state.   Q. How many sessions will I need?   A. This is a difficult question to answer as everybody is different. After the first session you will have a good feeling as to whether this is right for you. Alan works on positive results only, as they speak for themselves. Q. Will this therapy work for me?
A. As human beings, we are all unique and you will not know until you try. If you are susceptible to hypnosis then there is a very good possibility that you will achieve results with this therapy.  Q. Preparation for the Session?  Eating and drinking in moderation beforehand will not affect the session.  It is better however not to consume a huge meal beforehand because the possible feelings of discomfort might impede your ability to relax.  Equally, you should not be hungry as this too, could cause distraction for you.  Please DO NOT have alcohol or caffeine before the session.  The more comfortable you are, the easier it will be for you to relax.  It is not advisable therefore to wear clothes that are too tight or  restricting.  Please feel free to remove your shoes so that you can relax more.  Mobile phones & smart watches, incuding preset alarms MUST be switched OFF upon entering the room.  Dont forget to use the toilet before the session starts. Q. Can anyone be hypnotised?  A. With very few exceptions, most people who want to be hypnotised, can be.  The opposite is also true – if you do not want to be hypnotised you will not be. It is therefore important that there is mutual trust, respect and co-operation between yourself and Alan as this will help the session to be successful.  You are in good hands with the vast amount of experience he has amassed over the years. If your question is not answered here, please use this email info@alanbates.tv 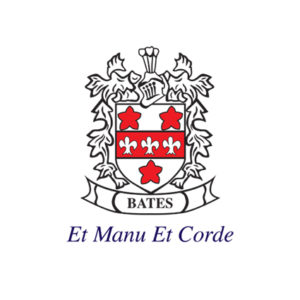